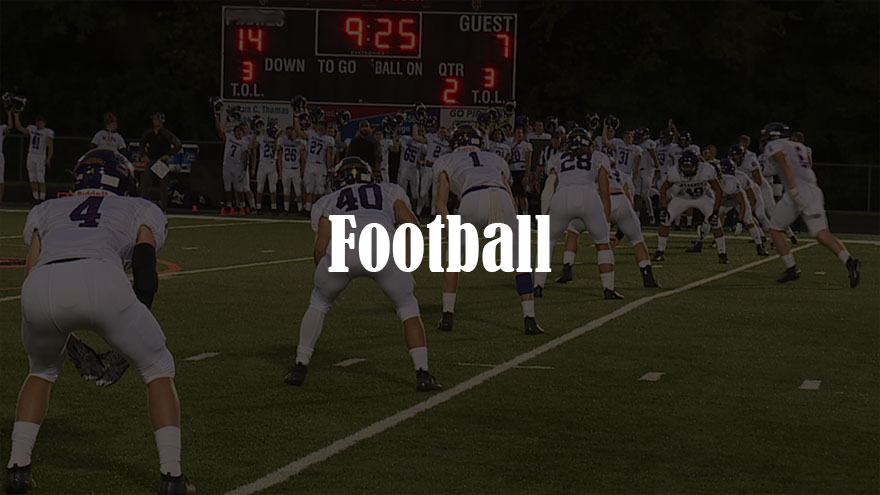 (Newburyport MA) The Hornets starting quarterback Brian Heffernan was out with a sore back.

He already had ten touchdown passes in just three games.

Not to worry, sophomore fill-in Ryan McCullough was more than up for the job and North Reading continues undefeated after a Cape Ann League win (28-14) over Newburyport on Friday night.

“We had to simplify things,” said NR coach Ed Blum afterwards.  “He (Ryan) hasn’t had many QB reps but he’s an athlete and he did a good job.”

Ryan passed for a touchdown (Jack Keller) and ran for one, all in the first half.

The Clippers (2-2) were unaware that they would be facing a different quarterback.  It didn’t really matter to Newburyport coach Ben Smolski: “They ran what they ran on film and we defended as we taught them to.”

The Clippers matched the Hornets (4-0) with two first-half touchdowns.  Both were by senior Walker Bartkiewicz.

Newburyport squandered a chance to take the lead early in the second half.  The NR punt receiver dropped the ball and Spencer Beane recovered setting the home team up on the NR 23.  But a Charlie Cahalane pass bounced off Walker Bartkiewicz’s hand and junior Jack Donohue had the interception near the goal-line.

The Hornets turned the NHS turnover into a 94-yard march with Jack Keller finishing the final twenty-two yards on a sweep left with 3:16 to go in the third quarter.  Rob Tammario kicked the extra points just as he had done after the two first-half scores.  NR was now ahead, 21-14.